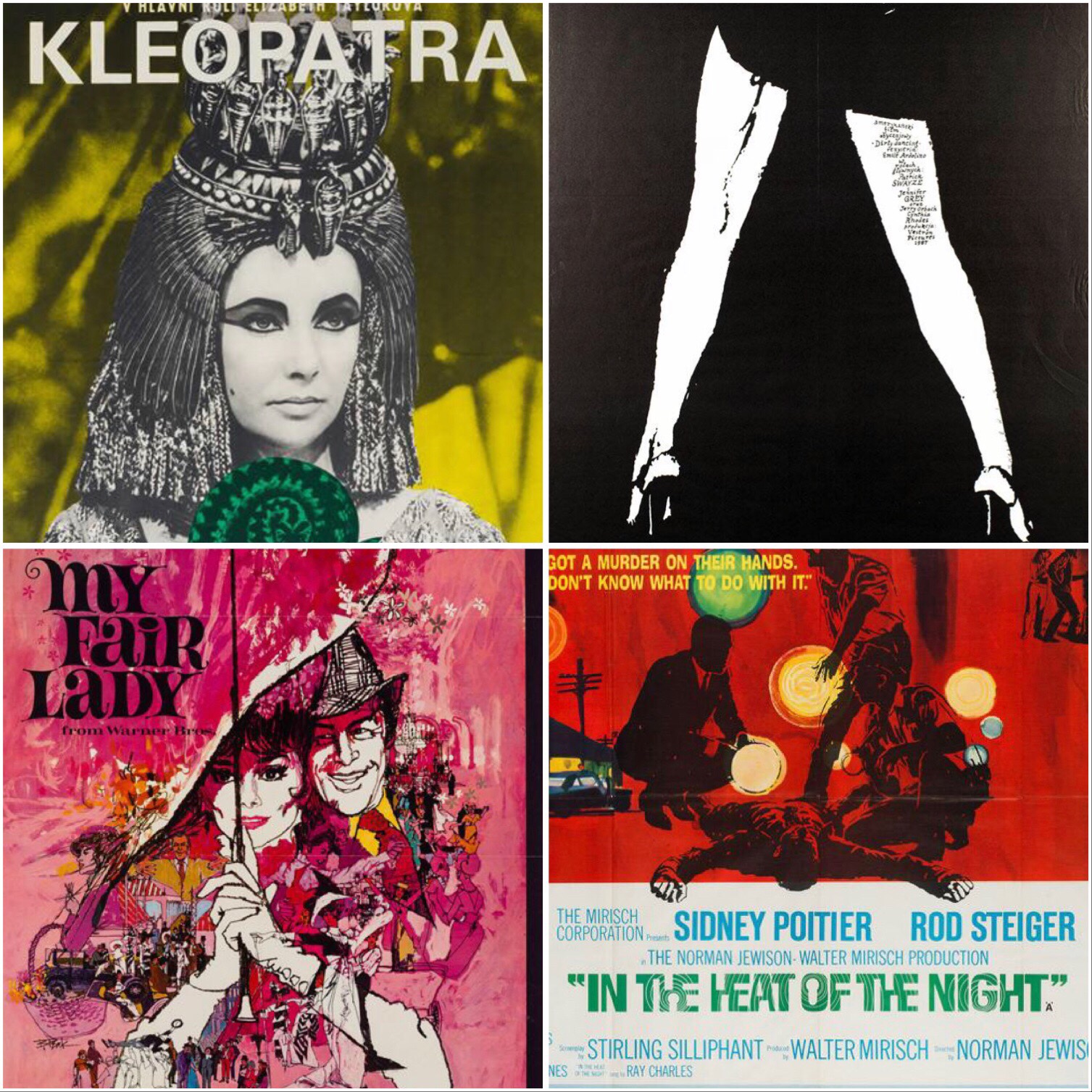 With the biggest night in the world of film approaching what better way to gear up for the next Academy Awards than to take a look back at some classic film posters of past winners. We asked one of our LuxSeeker merchants,  Orson & Welles, to share some of their favourite Oscar-winning film posters from their fabulous collection. West Side Story bagged a total of 10 Oscars in 1961, including the most coveted Best Picture to make it the 2nd highest Oscar winner of all-time (behind joint first Ben-Hur, Titanic and Lord of the Ring’s which each won 11).

“We love the UK Quad which features a fabulous design by Brian Bysouth incorporating artwork by Bob Peak”. Other Best Picture winners with equally fantastic poster designs include Norman Jewison’s gritty In The Heat of the Night and the all-time classic My Fair Lady starring Audrey Hepburn and Rex Harrison. Only three films have ever managed to get ‘The Big Five’ – Best Picture, Director, Actor, Actress and Screenplay. It Happened One Night in 1934, 1975’s One Flew Over the Cuckoo’s Nest and 1991’s The Silence of the Lamb. Here’s the fabulous Polish poster for Tootsie which in 1982 received 10 oscars nominations, yet only won one for Jessica Lange as supporting actress. Finally, no Oscar round-up could be completed without the mention of Walt Disney who has racked up the most Oscars ever with a whopping 22!  In this poster you have to admire the amazing quirky artwork on the Czech Mary Poppins.

Check out more posters from Orson and Wells and all of their other Oscar winners.