Over the Knee High Boots

Over-the-knee boots or ‘OTK boots’ are long boots that fully or partly cover the knee differing from the knee or just below the knee boot or the more extravagant thigh-high boot. Today they are a fashion staple for every day to stylish occasions.

Over the Knee High Boots History

Originally created as a man’s riding boot in the 15th century the first female over-the-knee boots appeared in Victorian theatre where actresses often played the role of young men.

The rise of over the knee boots in women’s fashion began early 1960s led in 1962 by Balenciaga designer Mancini. Through the swinging sixties, rising hemlines rose and the availability of new, bright artificial materials such as PVC gave way to a new experimental wave of designers making boots an attractive and affordable fashion option for younger women.

By the 1970s the popularity waned until the end of the decade when which saw a second-wave of over-the-knee partnered with jeans, In the late 80s reappeared with loose-fitting, low-heeled suede styles. Since the early 1990 over-the-knee styles were intermittently popular to becoming a staple today.

An OTK boot obviously makes a bold statement, so try to temper their inherent sexiness with more modest pieces. From low heel, high heel, wedge to stiletto the over the knee boot can be paired with jeans, trousers and leggings for a chic look and with skirts and the dreamiest dresses for a statement.

OTK boots can create a long lean silhouette giving you perceived length. Mixed with a jacket further accentuates the legs and length.

Over the Knee Boots are predominately made from leather, with suede and PVC materials also available.

Designer over the knee high boots come at reasonable prices verses other boot styles so can be a good entry point to your favourite designer.

With over a hundred major and independent designer over the knee boot brands listed on LuxSeeker.com, you’ll find deals from all the leading luxury biker boot designers such as Givenchy, Prada, Jimmy Choo, Stuart Weitzman, and many more.

There are fabulous knee boot designers around the world but the fashion powers houses of France, Italy, the UK and the US dominate.

Over the Knee High Boot Trends

The beauty of fashion is always personal taste, however, reviewing the data insights from LuxSeeker.com we can see dress boots and jewellery embellished boots emerging as trends.

Over the Knee High Boots Season

Over The Knee boots are predominately a winter wardrobe staple but with the right outfit and occasion, or indeed freak weather condition can be worn through the seasons.

Enjoy the latest luxury over the knee boot deals with LuxSeeker.com today. 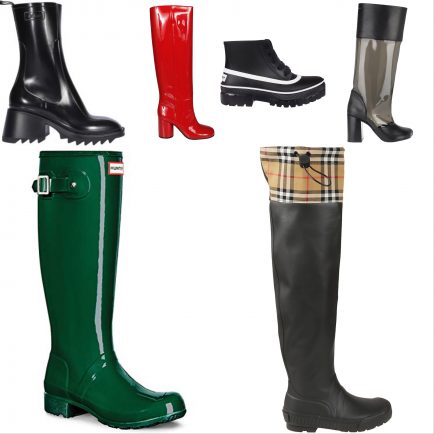